The five stages of networking

The induction of a HKN chapter is the beginning of a new adventure. A lot of work needs to be done before that moment (say, in the previous eleven months…), but when everything is in place and the ceremony is about to start it is natural to think mostly about the future of the new reality taking shape.

The induction ceremony is the same for each new HKN Chapter. The incoming Chapter President, the local Faculty Advisor Prof. Paolo Montuschi and Prof. Vincenzo Piuri (running for 2018 IEEE President-Elect), got through the ceremony script, reading significant pieces of wisdom from notable past members of the Society and presenting the central values making the HKN vision: Scholarship, Attitude and Character. Also, new members were asked to stand up and take an oath of behaving coherently with such values, in both their professional and personal lives.

After the ceremony, a buffet was offered to all the people present at the ceremony. Later that evening, the new members drunk to the new beginning and to all the activities the Chapter will organize in the future. 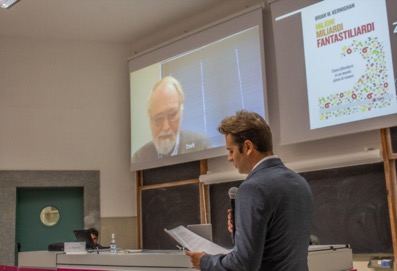 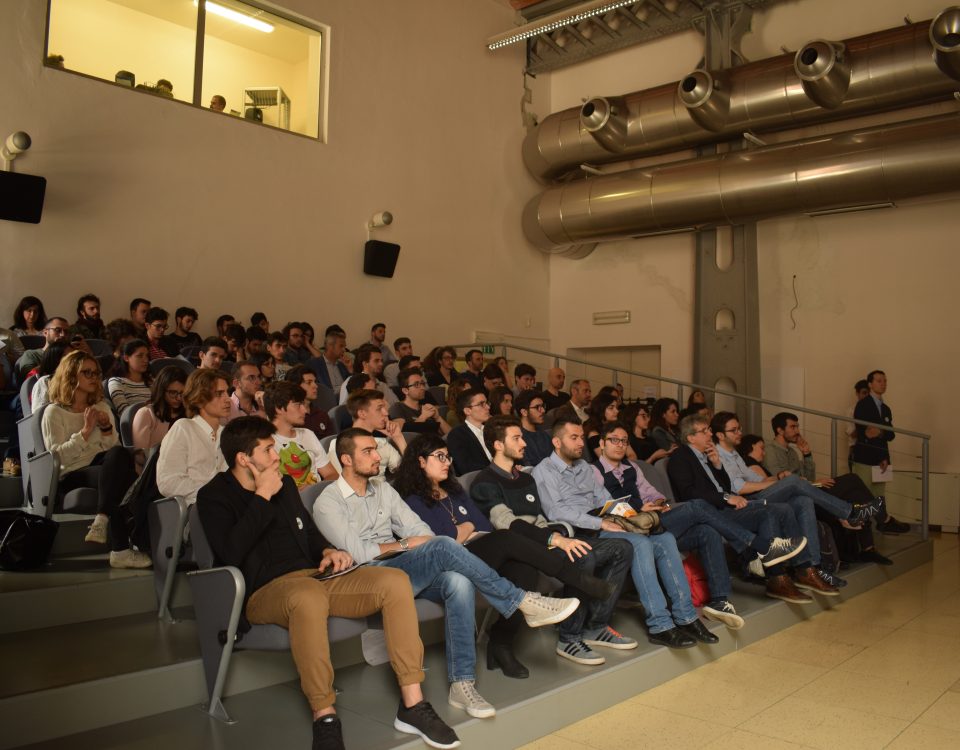 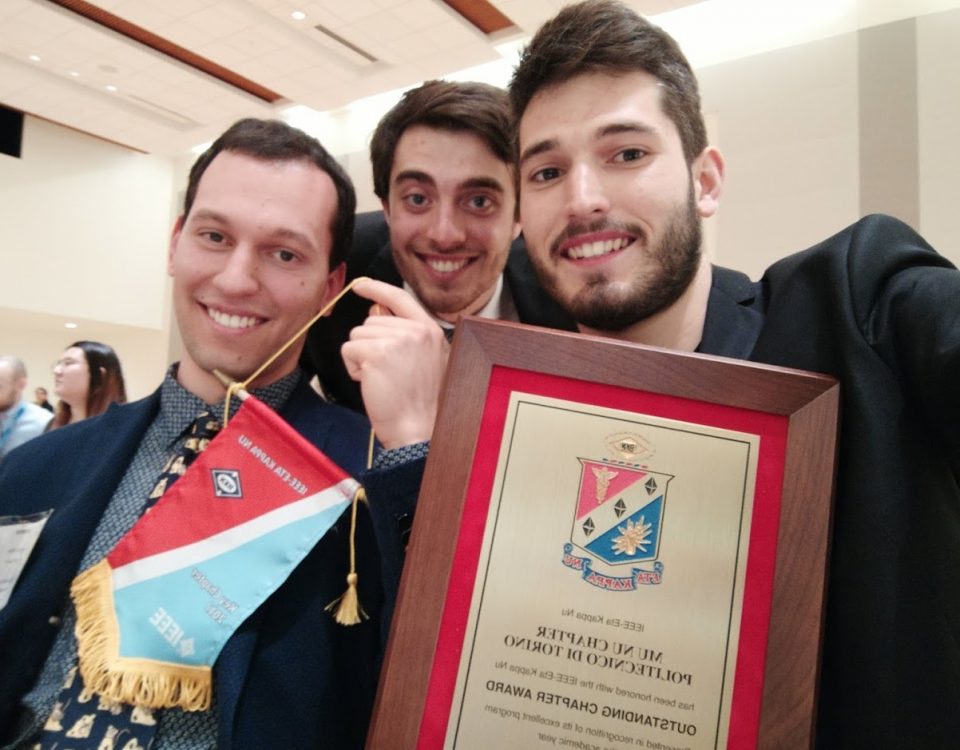